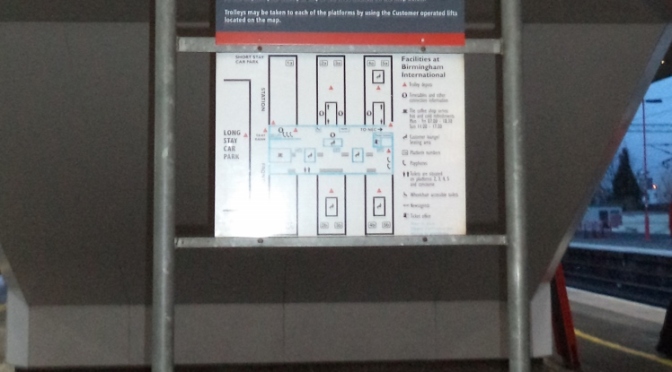 Quite amazingly, in my view, Virgin Trains managed to get me to and from Birmingham International earlier this week without any delays either way. Even as I write this several days later I can hardly believe it. However I will not let them rest on their laurels as I have to travel with them again at the end of March, and the next time there will be connections with another train company involved, so far more scope for things to go horribly wrong.

One thing I hadn’t realised until I was waiting for my train on the way back is that Birmingham International is actually a Virgin station. In spite of that I like it much more than Birmingham New Street, where you have to descend into the depths to get to the platforms, there are trains arriving and departing every few seconds in all directions, and (the last time I was there anyway) you have to walk miles to get to the taxis. From Birmingham International you can easily access the airport, the NEC and various hotels, some of which have their own lake, as well as being able to walk straight from the station to the very visible taxi rank. Apart from the airport and NEC and lake, it’s like the difference between Edinburgh Waverley and Haymarket, although I see that following my last rant at Network Rail about the difficulty of finding a taxi at Waverley they have painted a massive ‘TAXIS’ sign on the side of an escalator there. In case anyone is due to arrive at Waverley late in the evening and is tempted to follow the massive sign, I wouldn’t advise doing so as it leads to a dark deserted street where you don’t really want to wait on your own. Instead it’s best to take the lifts and/or escalators up to Princes Street and get a taxi from the front of the Balmoral Hotel. 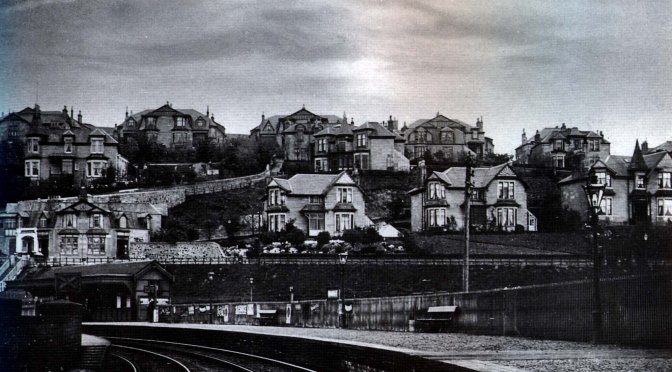 This will be a very quick post but it could be seen as the prologue to at least two others.

Following my rant about Virgin Trains in the previous post, I have now been forced by circumstance to book two more journeys with them. One is to Birmingham towards the end of this month, for work and the other to Wales around the end of March. My risk assessment tells me the second will be trickier, because it involves a connection at Warrington with another train company’s services. But watch this space to find out the horrid details…

To make up for these two potential fiascos, I have begun to plan a birthday outing (in April) to the Bo’ness and Kinneill Steam Railway, where I believe the station buildings from Wormit which we could see from our house throughout my childhood have been reconstituted. I’m not really one of these people who would like to return to the age of steam, as I remember the trains being a lot dirtier, smellier and more uncomfortable in those days, but the occasional trip down memory lane is a different matter.

Journeys through Europe and beyond